2016 is a busy year for Universal Office, with upgrades and integrations bringing positive change to the way you manage your practice. In the next several months, between April and July, we’ll be releasing three major updates – continuing our effort to create better ways to simplify your practice management.

This first update, scheduled for April, will primarily include major work under the hood for the file storage module. We’re changing the technology. And this improvement will significantly enhance performance and robustness of such an important functionality.

The changes in storage led us to also revamp the Backup and Restore utility for Universal Office. This will also improve performance, robustness and usability of the backup system.

We’re preparing you for HCAI changes.

In May, we plan to release another update that will get you ready for the HCAI changes to OCF-21, OCF-18 and OCF-23 scheduled for May, together with amendments to the seven OCFs announced by FSCO.

Following the April update and with the HCAI-FSCO-MVA changes behind us, we will start rolling out the TELUS eClaims integration – a partnership that will allow you to submit Extended Health claims to participating insurance companies that are registered to electronically receive claims for paramedical services.

With the official release schedule to be announced closer to completion, we aim to complete this integration and make the update available by the second or third week of June. 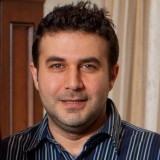 No Credit Card. No Contract. Yes, It's Super Easy!